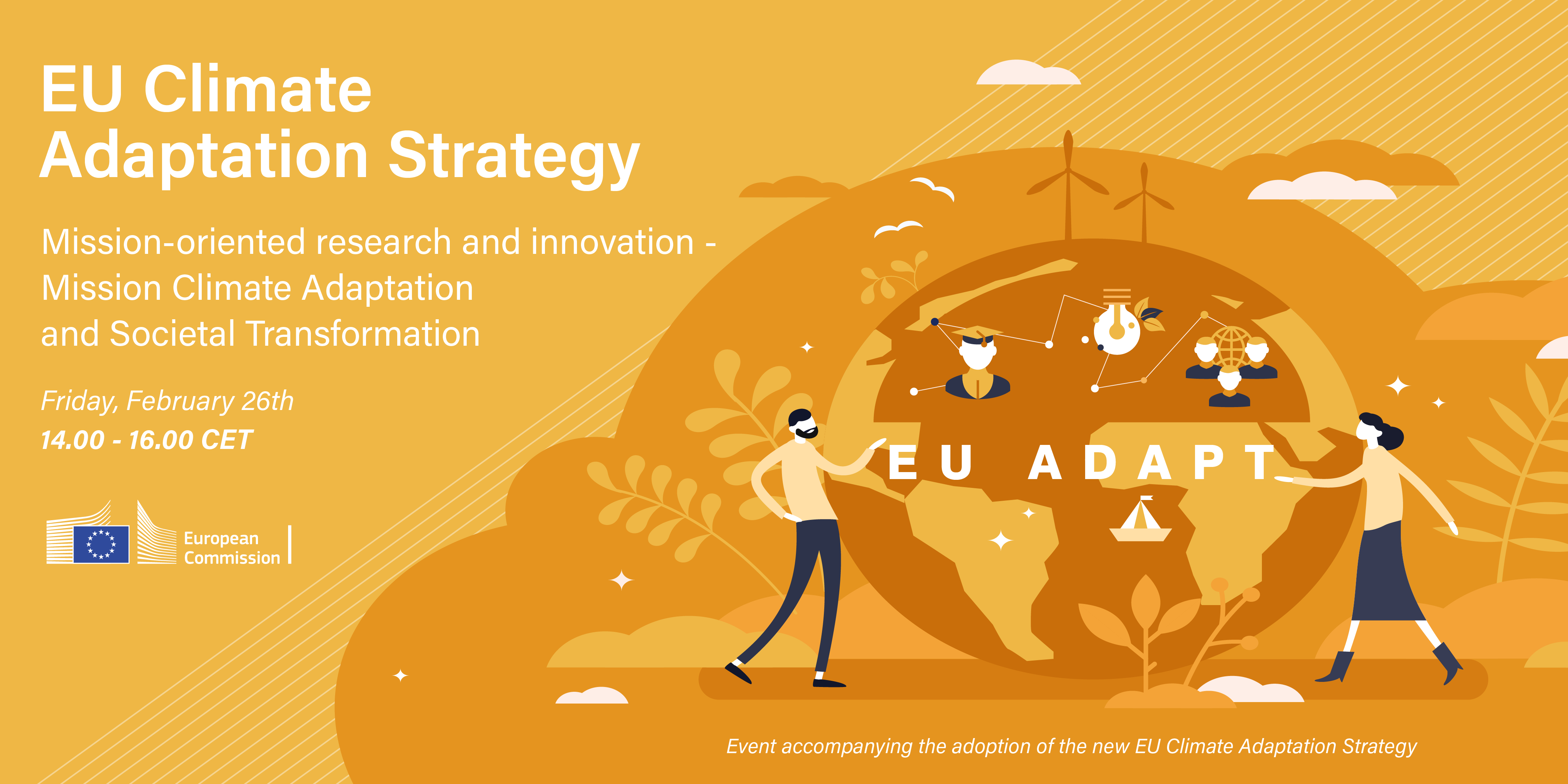 On 24 February 2021, the European Commission launched its new European Climate Change Adaptation Strategy (EAS). This strategy should help to make the European Union not only climate neutral, but also more resilient to the negative effects of climate change by 2050. This is how Frans Timmermans, Executive Vice-President of the European Commission for the European Green Pact, explained the aim of the new document, which complements the first strategy published in 2013 after a lengthy review and consultation phase.

To minimise the effects of climate change, Parliament's resolution calls for a renewed approach to adaptation. In his statement, Timmermans stressed the importance of enhancing the collection and sharing of climate change data in Europe as a key element of smarter adaptation: "With more accurate modelling of future risks, farmers will be able to better plan the crops they plant, families buying a house will know what climate risks they may face, businesses will know how to make new production facilities fit for a warmer planet, and cities will know how to protect their inhabitants from extreme weather events."

Another element underlined during the event was the need for a new, more systemic approach, which requires working on interactions between sectors and increasing support and synergies between different levels of governance, with a particular focus on the local level. In this regard, the need to provide tailor-made advice to the most vulnerable communities, so that they have sufficient expertise to plan and resources to act, is also of particular relevance in the new strategy.

The use of nature-based approaches to wetland protection and restoration measures, the development of urban green spaces or the restoration of peatlands was also cited as a key element. Such measures favour effective adaptation of the most vulnerable systems while protecting biodiversity and maintaining the multifunctionality of ecosystems.Another point on which the new text places particular emphasis is the need to move from planning to implementation in an effective manner. In this regard, the Strategy envisages actions aimed at working with the European Investment Bank to boost the financing of concrete adaptation projects and measures.

Measurable targets at the service of society

The new strategy aims to include binding and measurable targets, both at EU and Member State level. This will ensure that EU countries make progress towards meeting the objectives of the Paris Agreement. Reaffirming the vision that has characterised the OPCC since its inception, the strategy places special emphasis on enhancing adaptation strategies at the international level, as the impacts of climate change know no administrative boundaries and the most effective way to deal with them is to cooperate through joint actions. Timmermans argues that adaptation measures must be based on sound data and risk assessment tools that are available to all. To achieve this, the strategy proposes measures to dissolve knowledge boundaries, with the aim of having more and better data on climate-related risks and losses. The European Climate Adaptation Platform (Climate-ADAPT) will be improved and expanded, and a dedicated health observatory will be added to improve monitoring, analysis and prevention of climate change impacts on health.

A key moment for Europe and the OPCC

This strategy has been published at a key moment, at a time of forced reflection due to the international health crisis in which the current socio-economic model is being called into question. In this sense, the EAS is emerging as a key European instrument towards the necessary ecological transition. The OPCC, for its part, is also currently working on a process of strategic reflection for which this European Strategy comes at the right time: over the next two years, this document will be a cornerstone in the process of developing the Pyrenean Climate Change Strategy.