Workshop of the OPCC2 partner project REPLIM in Torla (Huesca) 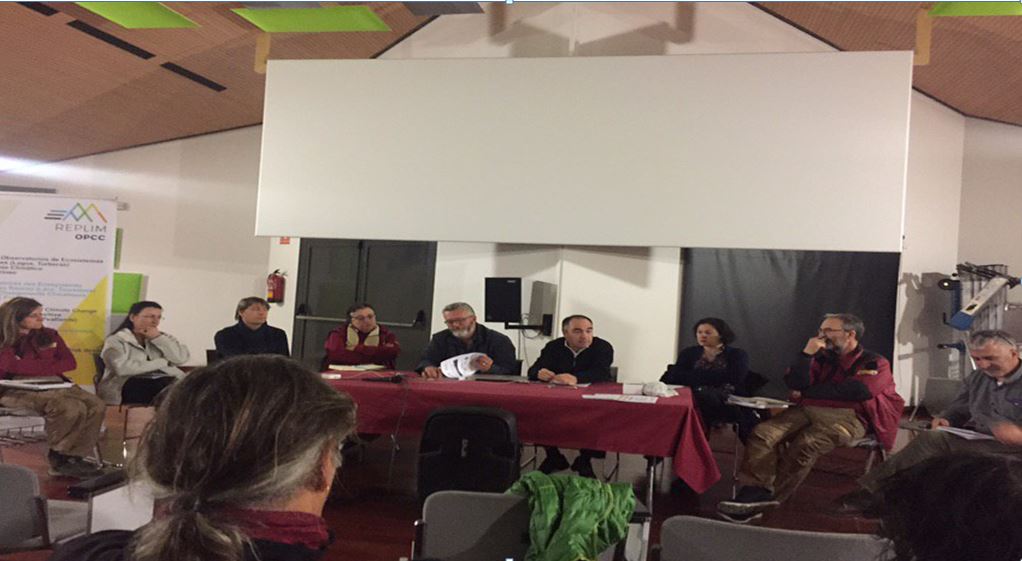 Workshop of the OPCC2 partner project REPLIM in Torla (Huesca)

On April 10th and 11th 2019, the workshop "Research in lakes and peatlands in the National Parks of the Pyrenees" took place at the Visitor Center of the Ordesa y Monte Perdido National Park (Torla). It was a scientific conference in which the entire REPLIM team participated, which was also open to researchers and the general public. Some of the results obtained in the project and other projects and initiatives working in the Pyrenean area were presented.

The first day, results from several lakes throughout the REPLIM territory were presented. The ECOLAB team showed the results of the presence of heavy metals in lakes and peat bogs of the Pyrenees. The teams of UPV-EHU and UPPA described the seasonal and geographical variations of the composition of waters in sites of the Western Pyrenees, with a special emphasis on the problems of selenium and mercury. The evolution of pH in several lakes was also studied during the last sampling campaigns in the western Pyrenees.

In the second session of the afternoon the CREAF team and CEAB-CSIC showed the recent changes in the deposition of sulfur and nitrogen in lakes and rivers of the Pyrenees and their relation with the atmospheric circulation, the livestock activity and the possible risks of eutrophication. The IPE-CSIC group summarized the research on the nodes of the REPLIM network in Aragón and Andorra with detailed examples of Aragonese lakes, Lake Montmalús and the evolution of vegetation in Marboré.

Later, in the town hall, the musical composition "Symphony Marboré" was presented. It is a musical theme composed by Lope Ezquerro and José Luis Simón (University of Zaragoza) from the sonification of sedimentary sequences of the sedimentary record of the Marboré ibon of the last 15,000 years. The Aragonese group O'Carolan has made an acoustic version later interpreted live.

On the second day, communications related to peatlands of the REPLIM network continued. The UPPA and Ecolab groups described the role of microbial communities in the functioning of these ecosystems and the carbon cycle in monitored peatlands. The University of Navarra summarized the state of monitoring of the Arxurti peat bog. The CEAB-CSIC group summarized the monitoring activities that are carried out in the Aiguestortes NP and the status of the automatic prototype to monitor chemical variables in lakes. The final part of the session was devoted to other projects in the Pyrenees. Elena Villagrasa Chief of the Conservation Team summarized the monitoring programs of the PNOMP. Sebastien Chauvin from FORESPIR, the GREEN project and possible synergies with REPLIM. Marc Ventura (CEAB -CSIC) reported on the progress of the LIFE-LIMNOPIRINEUS project. Jesus Miguel Santamaria. Interim CEO of LifeWatch ERIC spoke on the opportunities of this European infrastructure and Begoña García of the IPE - CSIC on the Long Term Ecological Research network in the National Parks of Spain.

Finally, a round table was held with the theme "Scientific research in national parks: opportunities for sustainability, management policies and citizen participation" in which participated: María Pilar Gómez López (General Director of Sustainability of the Government of Aragon), Begoña García (LTER), Jesús Miguel Santamaría (LIFEWATCH), Pep Amengual (Chief of the Research Service of the National Parks Network, MITECO), Elena Villagrasa (PNOMP), Mercè Aniz i Montes (Director of the PN of Aigüestortes I Estany de Sant Maurici ), Didier Galop (Director of GEODE) and Ramón Copons (Director of IEA-CENMA). The participants exposed the difficulties to carry out monitoring and monitoring programs in protected areas, in particular with regard to continued funding, the use of common protocols, the use of data to improve the management of spaces and guarantee access to data to all communities. The importance of monitoring programs for quality science and the adequate management of these spaces and the need for a transnational network was highlighted.